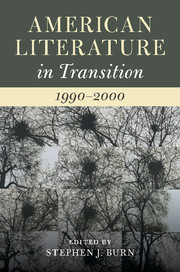 The night of January 17, 1991, when laser-guided smart bombs and Tomahawk cruise missiles rained down on Baghdad at the start of the first Persian Gulf War, marked a transitionary moment from analogue to digital media. The legacy forms of broadcast TV, print fiction, and 2-D cinematic projection would be gradually replatformed by the new media of cable TV, ebooks, game boxes, and virtual reality.

Howard Rheingold’s Virtual Reality (1991) touted the “ten-year rule,” according to which computer enthusiasts by the millions—in 2001—would be interacting directly with virtual worlds through their desktop VR engines. But films of the 1990s, such as Kathryn Bigelow’s Strange Days (1995) and David Cronenberg’s eXistenZ (1999), and novels such as Pat Cadigan’s Synners (1991), Neal Stephenson’s Snow Crash (1992), and Richard Powers’s Plowing the Dark (2000), uniformly present VR as the usher to a postmillennial apocalypse. Their dystopias are a means by which the legacy media of print fiction and the cinema “remediate” both the false promises and the disturbing threats of an artificial reality that would supplant them. Some say that with the technological improvements introduced by Oculus Rift or Google Glass, VR’s moment in media history has finally arrived in the 21st century; some say that for VR and its funny goggles, its future has already passed.