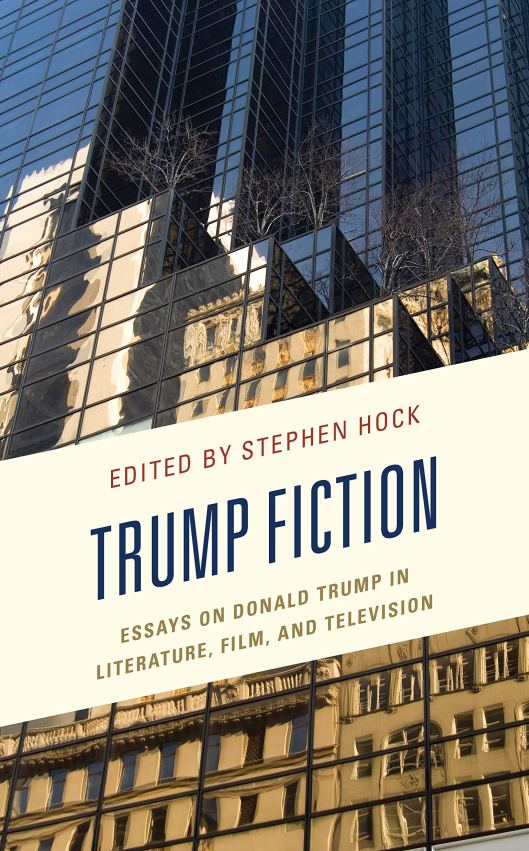 “A masterful example of contemporary cultural studies, Trump Fiction assembles an array of insightful scholars working at the cutting edge of their fields to offer timely analyses of the social, cultural, and political phenomenon of Trumpism. By examining Trump’s presence in a dizzying array of cultural artifacts from the 1980s, 1990s, and 2000s, the collection offers an invaluable historicization of the present. It also lays crucial groundwork for emerging conversations about the defining cultural forms of the present by exploring contemporary cultural responses to Trump’s candidacy and presidency. Filled with smart observations and juicy tidbits, these essays promise to engage, inform, and ultimately reshape the way we understand where we’ve been and where we’re going.”

Trump Fiction: Essays on Donald Trump in Literature, Film, and Television examines depictions of Donald Trump and his fictional avatars in literature, film, and television, including works that took up the subject of Trump before his successful presidential campaign (in terms that often uncannily prefigure his presidency) as well as those that have appeared since he took office. Covering a range of texts and approaches, the essays in this collection analyze the place Trump has assumed in literary and popular culture. By investigating how authors including Bret Easton Ellis, Amy Waldman, Thomas Pynchon, Howard Jacobson, Mark Doten, Olivia Laing, and Salman Rushdie, along with films and television programs like The Fresh Prince of Bel-Air, Sesame Street, Sex and the City, Two Weeks Notice, Our Cartoon President, and Pose have approached and shaped the discourse surrounding Trump, the contributors collectively demonstrate the ways these cultural artifacts serve as sites through which the culture both resists and abets Trump and his rise to power.