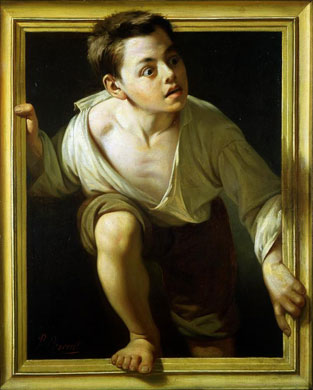 This version of Criticism will be devoted to the problem of postmodernism. We struggle to find an appropriate definition for an historical period that may have begun, according to architectural theorist Charles Jencks, on July 15, 1972, when the Pruitt-Igoe housing project in St. Louis was demolished, and may have ended with the collapse of the World Trade Center towers on September 11, 2001. For some, postmodernity cannot be defined, or is so beset with a deep form of irony that no definitive statement about it could possibly apply. We can, however, address certain issues that arise in the debates on postmodernism. Jean-François Lyotard argues that postmodernism is accompanied by incredulity, a new skepticism toward the grand narratives of Western culture, or the Big Lies. Marxist theorist Fredric Jameson suggests that the style of postmodernism is nothing more than the hyperinflation of a consumer economy, or the Big Buys. Charles Jencks contends that all postmodern buildings—and by extension, the images we encounter in our environment—are “double coded,” with aspects of both popular and elite culture. And, of course, there is irony. As Umberto Eco says, in his Postscript to The Name of the Rose, it is no longer possible to say “I love you madly.” It only possible to say, because romance novelist Barbara Cartland has already said it, “As Barbara Cartland says, ‘I love you madly.’”

We will read several essays on postmodernity collected in Jencks, ed. The Post-Modern Reader, 2nd ed. (2011). But since our goal will be to “perform” criticism, we’ll also read three fictions that respond to the question of postmodernity directly or indirectly: Margaret Atwood’s dystopian (and newly relevant) feminist novel, The Handmaid’s Tale (1986); Paul Auster’s reflexive detective novel, City of Glass (1985), and Don DeLillo’s satire of simulacral culture, White Noise (1985). In two midsemester writing assignments and a final critical essay, we will try to ascertain the degree to which the theory and practice of postmodernism are related.